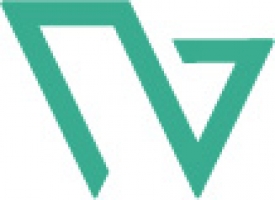 The Press traces its origins to 1915, when Edmond Meany's Governors of Washington, Territorial and State was issued. The first book to bear the University of Washington Press imprint, an edition of The Poems of Henry Howard, Earl of Surrey edited by Frederick M. Padelford, appeared in 1920. Since that time the Press has published approximately 4,400 books, of which about 1,400 are currently in print. Today we publish about seventy new titles each year.

From the beginning the Press has reflected the University's major academic strengths. Building on those strengths, combined with a vigorous creativity in developing regional partners, the University of Washington Press has achieved recognition as the leading publisher of scholarly books and distinguished works of regional nonfiction in the Pacific Northwest.

The University of Washington Press is pleased to distribute the books of these and other publishers and organizations around the world:

Seattle from the Margins

The Swedish Theory of Love

The Art of Ceremony

Between the Tides in Washington and Oregon

People of the Ecotone

A Century of Modern Chinese Poetry

The Camphor Tree and the Elephant

Series from University of Washington Press

Writing Off the Hyphen

The Art of Resistance

The Mandate of Heaven and The Great Ming Code

The Limits of the Rule of Law in China

Awake in the River and Shedding Silence

Eat a Bowl of Tea

The Crown and the Capitalists

Seattle from the Margins

The Forging of a Black Community, second edition

The Pulse of Modernism

A Drum in One Hand, a Sockeye in the Other

We Are Dancing for You

The New Woman in Uzbekistan

Days of Defeat and Victory

Politics and Society under Milopevic and After
edited by Sabrina P. Ramet
Jul 2015 - University of Washington Press
$99.00 USD - Hardback
See All 11 Titles from Jackson School Publications in International Studies

The Power of the Brush

Native Art of the Pacific Northwest: A Bill Holm Center

The Swedish Theory of Love

Sámi Media and Indigenous Agency in the Arctic North

The Grief of a Happy Life

Publications on the Near East

The Transformation of Islamic Art during the Sunni Revival

Revolutionary Jews from Spinoza to Marx

The Fight for a Secular World of Universal and Equal Rights
Jonathan I. Israel
Jun 2021 - University of Washington Press
$39.95 USD - Hardback

A Best-Selling Hebrew Book of the Modern Era

The Book of the Covenant of Pinhas Hurwitz and Its Remarkable Legacy
David B. Ruderman
Aug 2020 - University of Washington Press
$35.00 USD - Paperback / softback
$50.00 USD - Hardback

Losing Trust in the World

Studies on Ethnic Groups in China

Exile from the Grasslands

The Nuosu Book of Origins

Daylighting Design in the Pacific Northwest